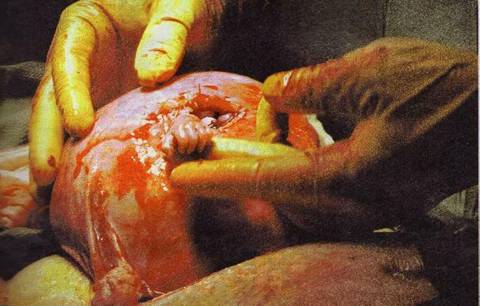 This picture is a 21 week-old unborn baby named Samuel Alexander Armas, who is being operated on by a surgeon named Joseph Bruner.
The baby was diagnosed with Spina Bifida and would not survive if removed from his mother’s womb. Little Samuel’s mother, Julie Armas is an obstetrics nurse in Atlanta, Georgia, USA. She knew of Dr.Bruner’s remarkable surgical procedure. Practicing at Vanderbilt University Medical Centre in Nashville, he performs these special operations while the baby is still in the womb. During the procedure, the doctor removes the uterus via C-section and makes a small incision to operate on the baby. As Dr.Bruner completed the surgery on Samuel, the little guy reached out his tiny but fully developed hand through the incision and firmly grasped the surgeons finger. Dr.Bruner was reported as saying that when his finger was clasped it was the most emotional moment of his life and that for an instant during the procedure he was just frozen, totally immobile. The photograph captures this amazing event. The editor titled the picture “Hand of Hope.” The text explaining the picture begins,”The tiny hand of 21-week old fetus Samuel Alexander Armas emerges from the mother’s uterus to grasp the finger of Dr. Joseph Bruner as if thanking the doctor for the gift of life.” Little Samuel’s mother said they “wept for days” when they saw the picture. She said, “The photo reminds us pregnancy isn’t about disability or illness, it’s about a little person.” Samuel was born in perfect health and the operation and the operation was 100 percent successful.
To see a life journey begin in this amazing way reminded me of how many truly beautiful people in this world work daily to provide miracles that make life possible. People like doctors, nurses, theatre staff, researchers and don’t forget the cleaners who keep the germs at bay, how often we only think of them when an urgent need touches our own life. So many people work hard daily to make this world a healthier, happier, more caring place for others less fortunate than themselves. Let’s focus on them and acknowledge their gift rather than focusing on all the negatives the media usually focus on and let’s say a special prayer for them and like them each do our job in life, what ever it is, to add to the lives of others, focusing on them and not ourselves. If we do this simple task we can all enrich the journey for everyone and make this world an even more loving, caring, beautiful place. 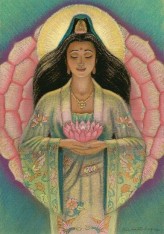