The word “chakra” comes from the Sanskrit, meaning “wheel” or “disk”. The origins of the traditional sevenfold chakra system are buried deep within the roots of Hindu culture.The earliest mention of the term “chakra” is said to come from the Vedas, the four holy books of the Hindus but many believe that the term pre-dates this and goes back to the ancient practices of the mystics and yogis who orally passed down practices that balanced the physical, mental,emotional and spiritual layers of energy in order to bring about well being and balance.

Chakras can be best understood if we liken them to valves that open and close to enable us to access aand balance the “electrical current” or “the Universal Life Force” we need to keep functioning. Chakra healing is based on the belief that in order for total well-being to take place we must act as an integrated whole with all the layers or levels of energy that make up the whole being in balance. Blockages that occur in this flow of life giving energy create imbalance and dysfunction and need to be removed because a blockage or dysfunction in one part of the system has an impact on all the other parts.These dysfunctions can happen whenever the energy flowing through the chakras is either excessive or deficient.

The chakra system is traditionally based on their being seven major points of connection between the physical body and the “vibrational” or “energy” body. The chakras line up along the spinal cord and coincide approximately with the positions of the glands in the endocrine system.They are seen as spinning wheels of energy, each of a different colour. The colour associated with them relates to the vibrational level of the colour.

The chakra system, as well as being a system used for healing, is also recognised as  a system for spiritual evolution or enlightenment. When using it for this purpose,the subtle energies of the various chakras are explored through meditation and yoga to help with personal and spiritual development.

In the Indian tradition, the centres are referred to as lotuses,the belief being that like the flower we are rooted in the mud and depths but ultimately we blossom under the light of the sun. The chakras when explored in this way are aligned to our differing levels of intuitive perception. The Base Chakra is aligned with the material level. The Sacral Chakra is aligned with the emotional level. The Solar Plexus is aligned with the emotional level. The Heart Chakra as you would expect is aligned with love, loving awareness and balance. The Throat Chakra governs communication and  in my experience  it is the centre psychics wishing to develop their channelling abilities focus on. The Third Eye Chakra is the level of the higher mind and is associated with psychic vision. The Crown Chakra is the level of alignment with spirituality and alignment to The Source, God, Divinity by the name you use.

When dealing with the chakras in relation to healing there are still more levels of meanings to be explored.

The 1st chakra commonly known as the Root Chakra (Muladhara in Hindi) sits at the base of the spine and is said to connect metaphysically to the Adrenals. These two small triangular glands sit atop of the kidneys and secrete a variety of hormones that regulate among other things the body’s metabolism of fats, proteins and carbohydrates and the ones that control the balance of salt in our body fluids. These functions see it also associated with the bones and skeletal structure of our physical body. These glands also produce adrenalin, the hormone essential for our “fight or flight” response. This is why this chakra has beeen so closely associated with our link to physical surviva land safety. The Root Chakra is associated with the colour red and our sense of smell.

The 2nd chakra commonly known as the Sacral Chakra (Svadhisthana in Hindi) sits about two finger widths below our navel. It connects energetically to the male and female reproductive organs ie the testes and ovaries. The Sacral Chakra govens our relationship with our own sexuality and issues concerning our emotional balance. It is also associated with the health of the bladder, prostrate and womb. It is seen as the colour orange and is linked to our sense of taste.

The 3rd chakra commonly known as the Solar Plexus Chakra (Manipura in Hindi) sits between the navel and the base of the sternum. It connects energetically to the pancreas and looks after the well-being of the digestive system and also our muscles. The colour associated with this chakra is yellow and the associated sense is sight. Interestingly we often use the term “gut instinct”  when describing feeling giving greater insight.

The 4th chakra commonly known as the Heart Chakra (Anahata in Hindi) is located in the centre of the chest. It is metaphysically connected to the Thymus gland and is associated with the heart, chest,lungs and the bodies circulatory system. It also has associations with the sense of touch.

The 5th chakra commonly known as the Throat Chakra (Vishuddha in Hindi) is located centrally at the base of the neck. It is metaphysically connected to the Thyroid and Parathyroid and deals with the mouth, throat and ears. It has associations with the colour blue and with the vibrations for sound and hearing and the development of claireaudience.

The 6th chakra commonly known as the Third Eye Chakra ( Ajna in Hindi) sits just above  and between the eyebrows. It is metaphysically connected to the Pituitary gland and governs only not  the eyes but also gives a window of vision beyond ordinary sight, it enhances clairvoyance, enabling mediums the ability to see the past, present and future. It is associated with the colour of indigo.

The 7th chakra commonly known as the Crown Chakra ( Sahasrara in Hindi) sits at the top of the head. It is metaphysically connected to the Pineal gland and governs the upper skull, cerebal cortex and skin .By  expanding your Crown Chakra you are able to tap into the deepest sources of spiritual wisdom.  It is associated with the colour violet.

There is so much more fascinating information available on Chakras both on the web and in printed literature, if you found this site which is so new, you must be on a wonderful journey. Enjoy! I will dedicate further posts to this subject as I feel it is such an important topic for anyone interested in spiritual development and healing.  I  believe that if we all share our fragments of knowledge they will add to and enrich our  greater wisdom. I hope you are sharing too and look forward to reading more posts from others on a similar journey. 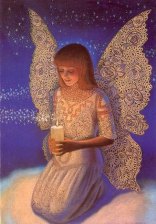